What Exactly Is The Work? 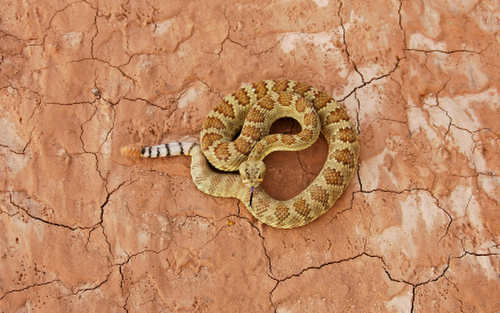 The bright, Arizona sunshine warmed his bones as Jason climbed the trail up to Cathedral Rock. It was beautiful out here, the blue sky contrasting deeply with the red rocks of Sedona. Suddenly a jolt of primal fear shot through his body. Every hair was standing on end. He jumped back, and ran back down the trail.

A rattlesnake had been sunning itself on the path, and Jason had come just inches from stepping on this deadly animal. His heart was pounding as he made his retreat. But something made him stop, and he went back to have a second look.

When he returned, the rattlesnake had not moved an inch. As Jason cautiously approached it for a second time, he could make out the fibers of an old decaying rope.

He Had Scared Himself For Nothing

It doesn’t take much to get the mind worked up. A little rope lying on the path is all it takes, and the mind can create a terrifying story out of it in no time.

One disapproving comment, for example, is sometimes all it takes for the mind to create a story that your lover doesn’t love you. One word of discouragement, and the mind then finds a million doubts to bog you down.

Maybe some person is a little late to pay you, and the mind invents a story of how they are cheating you out of house and home. One little cue from the environment, and the mind blows it up into a full fledged crisis.

So How Can We Stop Scaring Ourselves With Our Stories?

Taking a second look is what The Work of Byron Katie is all about. It is a systematic way to take a second look.

How Does The Work Accomplish This?

The Work is a way to first identify and then question the thoughts that cause you stress. It is simply a set of questions that you can ask yourself regarding any stressful thought.

Let’s look at this process in depth

To do this, it is helpful to fill out a “Judge-Your-Neighbor Worksheet” about some specific situation that got you stressed. This gets your stressful thoughts on paper.

You can download a PDF version of the Judge-Your-Neighbor Worksheet here.

Here Are The Four Questions And Turnarounds

Turnarounds: Could the opposite be as true? (There may actually be several opposites, or turnarounds, to the original thought.)

Let’s look at each of these elements one by one.

This question is meant to slow you down. It makes you pause and reconsider.

“Is it true that Jason almost stepped on a rattlesnake?” This question asks you to go back and look. In fact, all the other questions of The Work are just elaborations of this one question, “Is it true?”

The answer to this question is either “yes” or “no.”

If the answer to this question is “no,” then skip to question 3.

2. Can You Absolutely Know That It’s True?

Again the answer is just a simple “yes” or “no.”

This is another chance to look again. Question 1 is like taking a vote. If 51% of me is yes, then my answer is yes.

But question 2 is like trying to find an anomaly. If I can find even a shadow of a doubt that it’s not true, then my answer is no.

This brings us to the third question.

3. How Do You React, What Happens, When You Believe That Thought?

This is an opportunity to take a look at how the stressful concept is affecting your life. It is a time to simply report your reactions, not explain them. If Jason was doing The Work on the snake, he would be reporting that he was scared, that he ran away, that his hair stood up on end.

In this question, report your emotions. Report the physical sensations that you feel. Report the way you treat other people when you believe the thought. How you treat yourself.

The purpose of this question is to show you what happens to your life when you believe a stressful thought.

The next question gets you to explore what the difference would be if you didn’t believe it.

4. Who Would You Be Without That Thought?

This is an experiment to further clarify the effect of the thought. Keeping everything the same in the original situation, what would the difference be if that thought was not there in your mind?

It’s important to understand that the question is not asking you to drop the thought. It’s just asking you hypothetically, “How would your experience be different in that situation without that thought?”

When you expand your mind a bit to consider this question, you may find that you have more peace, more balance, more love, more humor. Without the thought that there was a snake at Jason’s feet, he would have calmly stepped over the rope and continued hiking down the path.

These are the four questions of The Work.

For each turnaround, it’s important to give at least three genuine examples of how the turnaround is as true, if not truer, than the original concept. Here are three examples, or pieces of evidence, supporting the turnaround, “It’s not a diamondback rattlesnake.”

You never know what you will find when you look at the turnarounds with an open mind. It’s often possible to find very concrete evidence to support the idea that it really is a rope and not a snake.

But What If I Chance Upon A Snake That’s Real?

You might be wondering if this work could be a dangerous practice. Could you end up convincing yourself to pick up a deadly snake by believing that it was just a rope instead?

The answer is no. The Work is a process of going back to take a second look. It is not a trick of mind. It simply asks you to reexamine the thing you think is so scary to find out if it’s real.

If you go back and find that there really is a snake, then by taking a second look, you will see it even more clearly than you did before. And you’ll be that much more confident to keep your distance.

But most of the things we’re scared of in life are just figments of our imagination. And a little questioning can cut through a lot of illusions.

So How Does It Work In Real Life?

One of my clients had some overwhelming thoughts to deal with. She lost her husband and her teenage daughter. Though it had been a couple of years since their deaths when she came to me, she was still overcome by grief at times.

She chose to work the thought, “I was abandoned,” and I simply went down the list of questions. I asked her, “Is it true, that you were abandoned?” She answered, “Yes.” And then I asked her, “Can you absolutely know it’s true?” She thought about it, then said, “No.”

Then I Continued, “How Do You React, What Happens, When You Believe That Thought?”

And I asked, “Who would you be without that thought?” She inhaled deeply as she considered, and reported how she would be more normal, more peaceful, more carefree.

Then We Went To The Turnarounds

She found three examples of how “she was not abandoned.” She mentioned the outpouring of support from every side. How her family had gone out of its way to include her. How letters and good wishes had come from people she didn’t even know.

By doing The Work, she noticed how she had brushed these things aside before. By taking a second look and seeing them again, she started to take them in.

And she found other turnarounds, such as “I abandoned myself,” that was even truer than “They abandoned me.” She found that the real pain was coming from the ways she had abandoned herself.

She reports after our work together that she is feeling much more free. That the grief is lifting now because she did The Work.

The mind loves to take things seriously. The mind often takes one thing from the environment and blows it up into a full fledged crisis.

The Work of Byron Katie is a systematic way to go back and take a second look at the thoughts that make you stressed. The first step of The Work is to identify a stressful thought.

Then you simply ask four questions, and turn the thought around, finding at least three examples for each turnaround.

There’s no better way to understand The Work than to try it for yourself. It can be done in written form by yourself, or with a facilitator, or even with a friend just reading the questions to you.

I encourage you to get a live taste of The Work by attending one of my weekly, free, Open Sessions by webinar. Or join us for The Work 101, my nine-week online course for practicing The Work.

When you start to do The Work yourself, you may start to see through some painful illusions. You may even find yourself laughing at your former stresses. Just as Jason found himself laughing when he saw that the deadly rattlesnake was nothing but a rope.
________

“The Work is merely four questions; it’s not even a thing. It has no motive, no strings. It’s nothing without your answers.These four questions will join any program you’ve got and enhance it. Any religion you have—they’ll enhance it. If you have no religion, they will bring you joy. And they’ll burn up anything that isn’t true for you. They’ll burn through to the reality
that has always been waiting.” Byron Katie, Loving What Is

Get Insights and Tips!