Why Are Some Beliefs So Hard To Overcome? 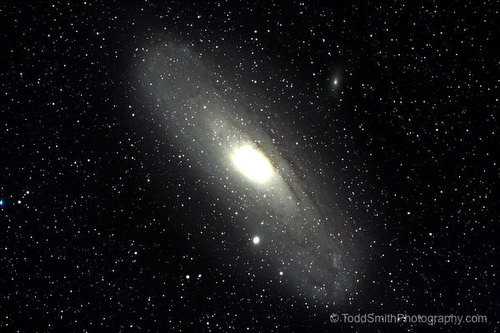 In 1543 Nicolaus Copernicus published a revolutionary idea that the Earth revolved around the Sun. But it took 200 years for the Copernican model to be accepted.

To confirm the theory, the work of many other scientists was needed: Tycho Brahe, Galileo Galilei, Giordano Bruno and Isaac Newton.

For such a well established belief to fall, there had to be loads of solid evidence. Especially when this theory implied that the Church, the authority of the day, was wrong.

Do You Have Any Well Established Beliefs Like This?

Have you ever noticed that some stuff is written on your mind like it is written on rock? You do The Work on these beliefs but it keeps bouncing back.

What’s going on? Why do some thoughts resist questioning so much?

It’s not because they aren’t painful. Some very painful beliefs persist in the face of inquiry. And it’s not because these beliefs are rock solid theories of life. There are some pretty shoddy ideas that still resist questioning.

So why do our core beliefs resist questioning?

1. Because we’re not really open to questioning them

2. Because we don’t do enough research to prove them wrong

This is exactly what happened to the Copernican model of the universe. The Church was not open to opposing theories. And it took centuries to gather enough evidence to prove that the Church was wrong.

And the same thing can happen to us when we’re doing The Work.

We May Think We’re Open When We’re Not

Have you ever sat down to do The Work and found that you just can’t sink into it? You might answer the questions with a wave of the hand. Or you might simply be unable to find genuine examples of the turnaounds.

In these cases it may seem that The Work doesn’t work for us. We were just as stuck after doing The Work as before.

It could be that we were not really open to answering the questions. We may have answered them somewhat, but our mind was not willing to look for real evidence. This lack of openness keeps us from finding the truth.

And it keeps us from another thing.

It Keeps Us From Doing Enough Research To Prove The Point

For the Copernican theory to be accepted, it took 200 years of research to come up with enough solid evidence to support it in the face of the Church’s opposition.

When we do The Work, it’s easy to give up too soon in the face of our own internal opposition. This is especially true when looking for examples of the turnarounds. And when we give up too soon, we go back to the old paradigm. Until the new theory is proven, the old one still stands.

That’s why we keep on believing the same thing, even after doing The Work.

But if You’re Serious About The Work, You’ll Keep Looking For Examples

And when you’re done with The Work, you can feel how you still believe the thought. “I have to be successful.” It’s still sitting there. So what to do? The Work didn’t seem to work the first time. Should you do it again? And how long should you keep on working a stressful belief that is so firmly embedded in your mind?

The Answer Is: It Depends

It depends on how interested in finding out the truth you really are. Maybe you’re just not that open right now. Who knows, you may be more open at some other time.

But if you are open to continuing the inquiry, then here are three suggestions that can help when you’re dealing with a core belief that seems like it’s etched in stone.

2. Come at it from different angles

Let’s look at each of these one by one.

Galileo didn’t try to prove the Copernican model in general. He focused on the phases of Venus. And from looking there, he soon found solid evidence to support the theory in general.

When you start to do The Work on the concept, “I have to be successful,” your mind may have trouble getting a handle on the concept. It’s too general. What does successful look like? Successful at what? The lack of specifics is a handicap.

But if you think of a specific time when this thought came up for you. Or if you wait for the next time that this thought pops up. Then you have a specific situation to deal with. And specifics are always easier for the mind to handle.

For example, maybe the thought, “I have to be successful,” came to you the last time you visited the house of a friend who is successful. The specifics of that situation will give you a plethora of concrete examples as you do The Work.

Do The Work on “I have to be successful” from that situation and you will be much more likely to find something convincing as you do The Work.

This brings us to the second thing that can help as you question a core belief.

2. Come At Your Core Belief From Different Angles

If you’re getting nowhere doing The Work on your belief, “I have to be successful,” then keep an eye out for as many real life examples as you can.

For deep beliefs, you may end up doing The Work on them dozens of times using dozens of different situations as reference points. Over time, the belief will weaken as the evidence continues to pour in from all sides.

And this brings us to the third thing that can help with stressful core beliefs.

3. Test Your Turnarounds In Real Life

Do what the scientists have always done. Test it. It’s one thing to see intellectually that “I don’t have to be successful.” This is a turnaround. But it does not become a living turnaround until you try it out in real life.

You might test it one day like this. You’re playing cards with your friends, and instead of trying to win, you back off a bit and see how it goes. This is a living turnaround. You’re testing the idea that “I don’t have to be successful.”

This is practicing what you preach. It’s asking the question, “Does the real world uphold the turnaround or not?” If you test it, you’ll find out. And as you keep testing, more evidence will keep pouring in. Evidence that eventually will turn the tide.

Some core beliefs persist even after doing a session of The Work on them because we’re not really open to questioning those beliefs, and we don’t persist in finding evidence to prove them wrong. These beliefs are deeper, and more dear to us. And they need special treatment.

If you are open to doing The Work on your most precious beliefs, here are three things to help:

2. Come at it from different angles

This is what the scientists did to prove that the Earth revolves around the Sun. They focused on specifics. They came at it from different angles. And they tested it. The result of their efforts has changed the way we view the world.

The same thing happens when you do The Work. If you put these three points to practice, you will eventually uncover the truth. Not just intellectually, but in the core of your being.

Todd Smith is a facilitator of The Work of Byron Katie, and can help you go deeper in your work. Find out how you can schedule a longer session with Todd.

As long as you leave it intact and do not alter it in anyway. All links must remain in the article. No textual amendments permitted. Only exception is Twitter.