Getting to the Heart of Addiction: “I Can’t Handle Feeling It” 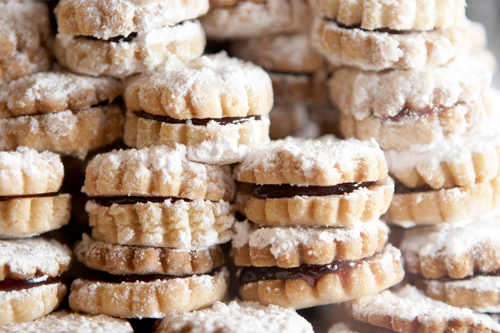 If you’re addicted to sweets, the feeling of wanting them can be intensely stressful.

Pretty Much Everyone Has Addictions

Because everyone has senses. And senses like to be gratified. But senses are just senses. Suffering begins with a conflict between “I want” and “I shouldn’t.”

The mind easily gets confused between resisting and indulging. And it often ends up flipping from one extreme to another with nothing in the middle: binge and purge.

I Was Working with a Client on Addiction the Other Day

For her, the issue is food. But it could just as easily be any addiction: drinking, drugs, work, sex, pornography, smoking, etc.

The situation she chose to work was when she “messed up” for the day, i.e., made her first food mistake of the day. In her case, it was getting something from a vending machine after work. For an alcoholic, it would be taking the first drink.

And her stressful thought was, “I might as well give in.” Which is exactly what she did, binging when she got home.

We Started Questioning that Thought

And as we did, we discovered that the underlying belief was, “I can’t handle feeling it”—the feeling of that pressure to give in. She would do anything to get rid of that feeling.

Of course, one of the ways to do that is to give in and “get it over with.” The other way is to try to be extra restrictive in the future. These two opposite approaches set up the cycle of binging and purging, or binging and restricting, that addicts commonly experience.

Questions 3 and 4 of The Work Were Interesting

Question 3 is “How do you react, what happens, when you believe the thought?” And the thought was, “I can’t handle the feeling.” When that thought is there in the first moment when the craving begins, it quickly escalates to a major internal conflict. The feeling is desperation and powerlessness as the mind views powerful images from the past of trying to resist and failing, or future images of where it will lead. And quickly it moves to the binge.

Question 4 of The Work is “Who would you be without the thought?” Again, the thought was “I can’t handle the feeling.” If that thought is not present, then there are no images coming up from the past or the future. The mind is much more present. And it is not so hopeless because it’s not so sure what’s actually going to happen.

Without the idea of not being able to “handle the feeling,” it becomes less about preventing a binge and more about just noticing the feeling and being open to whatever happens. Maybe it will lead to a binge. And maybe it won’t. It’s almost none of my business.

The experience is more like surrender. There is not so much agitation and desperation in the mind to control everything. And as a result, there is less fighting and more internal balance. And more options open up.

This Is the Opposite of Trying to Control an Addiction

And it doesn’t mean there isn’t great value in getting support when dealing with addictions.

This is simply recognizing the exaggerating tendency of the mind. All that was happening in the moment when my client got the snack out of the vending machine was a desire to eat—something that is a natural part of being human.

But the mind became hooked on the story of the past and became convinced of where it was going to lead. And suddenly it became a life or death situation. And complete powerlessness was the result.

Without the added story, the mind was simply present with the desire, which may fade or build—who knows? But in either case, in a more surrendered and present state of mind, the same feeling was literally much more easy to “handle.”

“It’s okay if I do smoke, I noticed, and it’s okay if I don’t, and I notice that I haven’t smoked since that one wonderful taxi ride. But here’s addiction: A concept arises that says that I should or I shouldn’t smoke, I believe it, and I move from the reality of the present. Without inquiry, we believe thoughts that aren’t true for us, and these thoughts are the reasons that we smoke or drink. Who would you be without your ‘should’ or ‘shouldn’t’?” Byron Katie, Loving What Is

Get two new articles about The Work of Byron Katie every week. Subscribe to the newsletter here.