Facilitation Is for the Birds… Are you Sure? 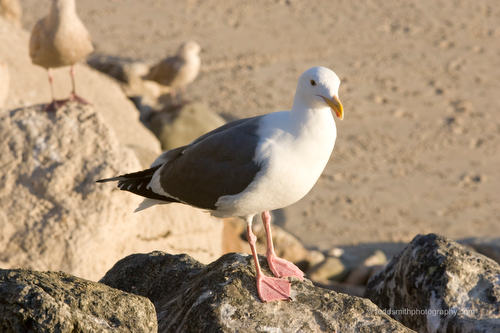 This bird really likes facilitating. Do you?

People Ask Me Why I Write About Facilitation

Last week, I wrote about how to facilitate someone when filling in a Judge-Your-Neighbor Worksheet. A friend of mine wondered why I wrote about that when most people just call up to get facilitated. The reason is simple. The more you learn about facilitation, the better you become at your own inquiry.

Today, I’m Going to Look at Another Aspect of Facilitation

This is the infamous “bringing someone back to The Work” part of facilitating. This is the most challenging part of being a facilitator for me. I sometimes let people wander further than they need to when facilitating them.

The Work stops working when people stop answering the questions of The Work. So it’s important to bring people back. Otherwise, it just becomes just a conversation. And the power of inquiry is lost.

Self-inquiry is self-inquiry. And the self doesn’t like being told what to do. If someone wanders from answering the questions, if I bring them back with force, or make them wrong in any way, they shut down. And once the heart is closed, inquiry is impossible.

So it’s a balance between bringing someone back and not shutting them down. For me, it has to do with respect and equality. When I am seeing my client as an equal, seeing that they are doing what I myself do as a client, then I have understanding for them when they wander. And I’m gentle with them when I bring them back.

This Really Works for Me

How do I keep this balance?

First of all, I find myself really listening. I ask myself, “Have they started wandering, or are they actually answering the question?” Sometimes, it looks like someone is wandering but they really are not. If they are not, then my interfering would be counterproductive.

On the other hand, sometimes it’s clear that they are lost in their story. If that is the case, I simply ask again the question that they were answering. Maybe in a different way. Or, if we’re in question three, I might ask a different sub-question.

The person may hardly know that I’m bringing them back. It is gentle. Like the way you move a child in a new direction. It doesn’t take much and they are off running again.

For Example, I Might Ask, “Which Turnaround Are We Doing Again?”

It brings them right back, but without making them wrong. We are both traveling together, and I’m just bringing their attention back to the job at hand, finding examples for a particular turnaround.

But sometimes someone is clearly getting defensive. Instead of finding an example for a turnaround, they are telling me why it’s not true. I may say something like, “You’re giving evidence of why the original statement is true. You already have a big body of evidence on that side. What we’re trying to do is look for examples of how the turnaround could be true, just for balance.” And they usually come back to the task at hand.

Sometimes, of course, someone is completely closed to a turnaround. They say it is not true. And I’m fine with that too. I remind them that all we are doing is exploring. Then we move to another turnaround, or to the next statement they want to work.

Ultimately, Only They Can Do Their Work

Only they can find their truth. The questions of The Work can help them to look in places that they might not ordinarily look, but my job as a facilitator is done once I direct them there. If they find nothing, that too is successful inquiry.

So again, it’s a balance. A balance between holding the questions of The Work and not pushing. Somewhere in that delicate space is where insights can most often be found.

Have a great week,
Todd

“When someone is facilitating The Work, giving the four questions, he’s receiving at another level what I originally received inside me.” Byron Katie, Question Your Thinking, Change the World