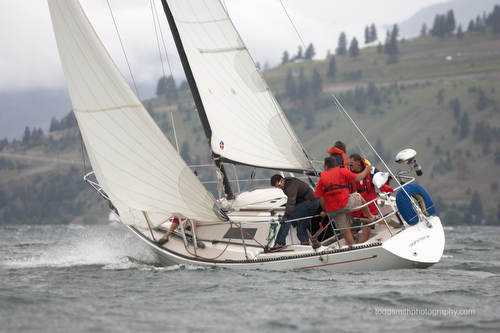 “You’ve spent too much time at the helm! We need to divide the time fairly.”

Fairness Is A Big Concept For Me

I notice I want everything to be fair. And I spend a fair amount of energy thinking about how to keep things fair.

Fairness is not a bad thing. But I’m starting to see fairness as more of a consolation prize than as a true ideal.

Fairness is a consolation prize in that it is the next best thing after teamwork. Teamwork means unity. We’re on the same team and it doesn’t matter who has the helm more. This is about us, not you and me.

Fairness Comes Into Play When We Are Separate

As long as I think I’m separate from you I want things to be fair. Fairness is basically appealing to a higher court to get what I want.

Fairness is very manual. It requires a lot of accounting and measuring and it requires enforcement. Fairness is a kind of forcing of civility on top of my otherwise selfish motives.

Even when things are fair, my motive to be in control still lurks, waiting for an opportunity to win even within the confines of these fair rules.

Fairness Would Not Be An Issue Without Competition

I can think of two example of this recently for me.

One has been over the past six months since my partner and I combined our finances. When our finances were separate, I felt inferior because I earned less. And I constantly strove to contribute my “fair share.” It was stressful.

Also, I kept detailed accounting of expenses to make sure that I was paying exactly half of everything. That was a lot of work. And the underlying feeling was one of separateness and competition, with a veneer of fairness making it all appear good.

But when we combined our finances, there was no more competition. We’re now on the same team. We both contribute to our money, and we decide together how to spend it. There’s no separation. And there’s no more need for fairness. Fairness is mute when there is unity.

Another Example Was Working With A Co-Trainer in ITW

We were training an eCourse in the Institute for The Work (ITW), and I thought it was unfair once when she got more time facilitating than I did.

I wrote a Judge-Your-Neighbor Worksheet and discovered that, once again, I was competing. That’s why fairness was so important to me in that situation. I wanted to appeal to fairness in order to regain my “deficit.”

But when I worked through my worksheet, my turnarounds pointed me to something higher, to being a team with her. As co-trainers, we could be two hands of the same body. Who cares if the right hand gets more action than the left. We both win when we are working together. For example if she is facilitating, I get to rest and enjoy the show, and learn from her. Life is good that way.

This Is Expansion of The Ego

And the difference for me is an expansion of the heart. There’s no more concern about petty fairness when I identify as us. It’s very freeing. Suddenly, their assets and my assets pooled together become mine because now I am “us.”

“Every story is a variation on a single theme: This shouldn’t be happening. I shouldn’t have to experience this. God is unjust. Life isn’t fair.” Byron Katie, Loving What Is

Want to get these articles delivered to your inbox every week? Subscribe to the newsletter here.

Get Articles like this in your Inbox every week